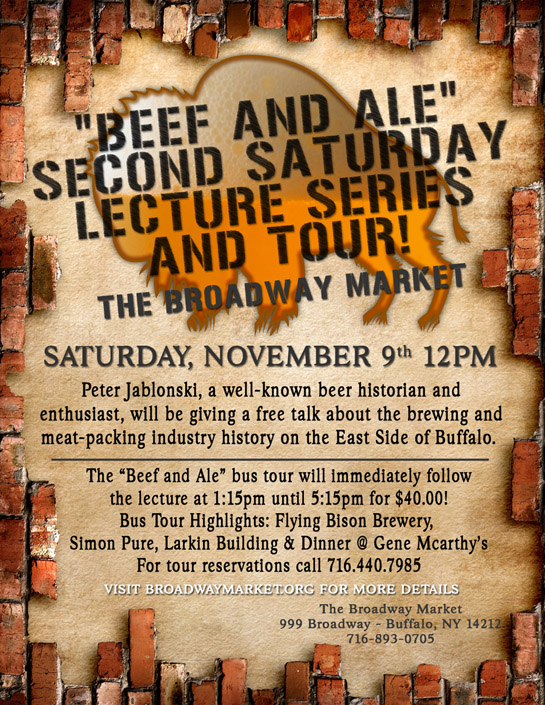 The speaker will be Peter Jablonski, a well-known beer historian and enthusiast, who will speak on the brewing and meat-packing industry history on the East Side of Buffalo.

If you still want to learn more historical facts about the brewing and meat-packing industry history in Buffalo, a Bus Tour will follow immediately after the lecture. The bus tour will depart from the adjacent parking lot on Broadway Street at 1:15pm and return at approximately 5:15pm.  For a mere $40.00, you will be provided with 4 hours of fun and interesting facts, as well as exploring several former and existing breweries, visiting the site of the slaughterhouses (central to the meat-packing industry), as well as several unexpected ventures.

Additionally, light fares will be served on the bus (pretzels, peanuts and beef jerky) and the final stop will serve beef on-weck/tap beer before we return to the Broadway Market.  The bus tour is limited to 44 people and payment and reservations are required by November 3rd.