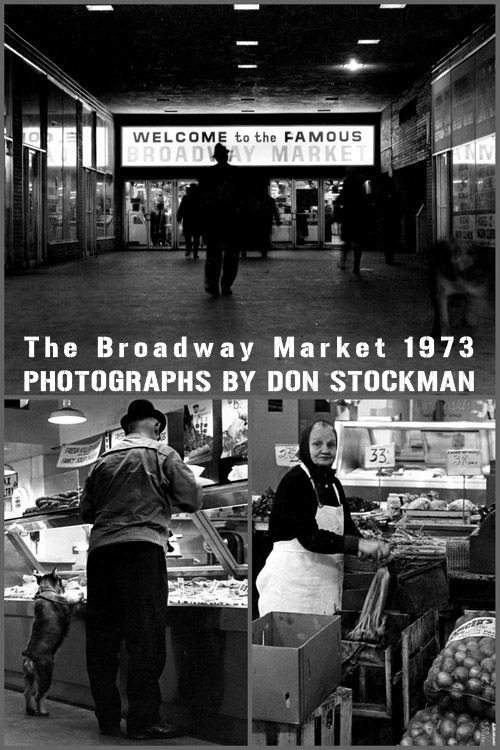 (By Michael Mulley, Queen City Gallery) As I was putting together the initial exhibit for The Broadway Market Photo project I was told that there was a gentleman who had sent the Market a collection of images that he had taken in 1973. When I finally got access to them I was blown away. The photographs that Don had scanned and sent to the Market were just beautiful. The work consisted mostly portraits of vendors and customers and offer a wonderful glimpse into what the Market looked like 40 years ago. Unfortunately Mr Stockman passed away before he could see his images on display. (some of them were part of that first exhibit) This is the first time that they will all be on display. So please make an effort to stop by the Market Saturday December 21st for the opening reception. They will be on display until March 15, 2014.

From 1965-1968 he served in the U.S. Army in Intelligence stationed in Ft. Mead, Frankfurt, and Bremerhaven Germany. Don then worked at the Buffalo General Hospital as Assistant Director of Biomedical Photography, The Congressional Photographic Service in Washington DC and then owned Freelance Photographers & Associates in Alexandria, VA.

He was also an accomplished folk singer and guitar player.